In logic circuit Boolean constants 0 and 1 do not represent actual number but instead represent the state of a voltage variable. This state of voltage variable called the logic level. Some digital circuits can be extremely complex  those type of Logic circuits can be built from any binary electric or electronic devices, including switches, relays, electron tubes, solid-state diodes, and transistors. The selection of these electronic devices is depends upon the application and logic circuit design requirements. They are connected in such a way that the circuit output is the reset of logic output. These types of logic circuits are called logic gates. The operation of and logic circuit is summarized in the form of binary numbers by a truth table. A truth table describes how a logic circuit output on the logic level present at the circuit inputs.

Modern technology has produced integrated circuits (ICs) or integrated logic circuits, modules that perform complex logical functions. A major use of logic circuits is in electronic digital computers. Similarly in fluid logic circuits have been developed whose function depends on the flow of a liquid or gas rather than on an electric current flow in the circuit.

Computational logic circuits consist of logic gates whose outputs at any time are determined directly from the present combination of inputs without regard to previous output.

We will discuss each herein and demonstrate ways to convert between them.

A logic circuit diagram uses the graphical representation or description of logic gates in combination to represent a logic expression.  An example of logic circuit diagram, shows below with three inputs (A, B, and C) and one output (Y).  The interpretation of this will become clear in the following sections.

Boolean algebra can be used to write a logic expression in the form of an equation. There are a few symbols and operators that are uses to express the output of a logic circuit.

In modern technology logic circuits are found in several high-tech devices including arithmetic logic units, computer memory and registers, multiplexers and decoder/encoder. Logic circuits are also used in upgraded technical microprocessors, some of which can contain over 100 million gates. Also, logic gates are the building blocks of digital electronics and are formed by the combination of transistors in order to realize some digital operations. Every digital product, including personal computers, mobile phones, tablets, calculators and digital watches also uses logic gates.

Also Read: Transistor as a switch theory with block diagram

Logic circuits perform logical operations on the behalf of Boolean logics. Logic circuits are primarily implemented electronically using semiconductor diodes or transistors, but it can be constructed using different basic logic gates which are implemented by electromagnetic relays, fluidics, molecules, optics or even mechanical elements.

As logic circuits are the best utilities devices in the modern technology, but there have some disadvantages are as follows; 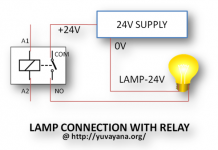